WITCH - We Intend To Cause Havoc! 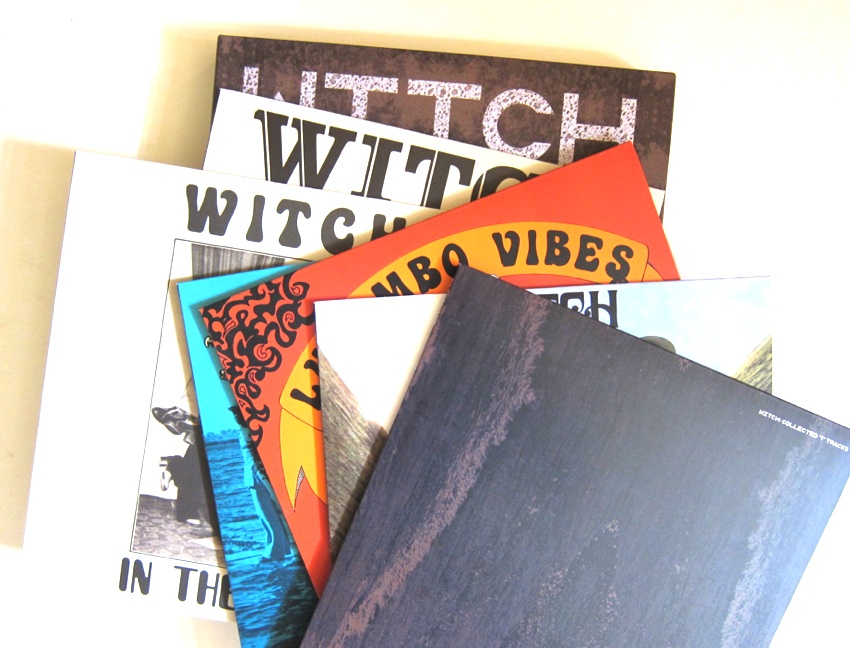 "The complete works of Zambias legendary garage-psych, prog-, funk-, Afro-rock ensemble. 1972-1977. Witchs five albums and a bonus album of 7" tracks never available on LP, restored and remastered from the original tapes. Presented as a 6LP box set: contains sixteen page booklet with never before seen photos and ephemera; extensive liner notes and annotation; an interview with bandleader Jagari Chanda. By the mid 1970s, the Southern African nation known as the Republic of Zambia had fallen on hard times: self-imposed, single party rule; a decline in prices for the countrys largest natural resource, copper; conflict in other countries on Zambias borders.

This is the environment in which the Zamrock scene that flourished throughout that decade emerged... fuzz guitars were commonplace, driving rhythms as influenced by James Browns funk as Jimi Hendrixs rock predominated, musical themes were often bleak and bands largely sang in the countrys constitutional language, English. Although Witch is the best known Zamrock ensemble and although they succeeded in releasing five albums in Zamrocks golden years -- they never made an impact on the global scale in, say, the way afro-beat maestro Fela Kuti did. Travel to and within Zambia is expensive, and the markers for the Zamrock scene are now few. Only a small number of the original Zamrock godfathers survived the AIDS epidemic that decimated this country. Witchs musical arc is contained to a five year span: The bands first two, self-produced albums, released in unison with the birth of the commercial Zambian recording industry, are exuberant experiments in garage rock, and are as influenced by the Rolling Stones as they are James Brown; their third albun, Lazy Bones!! is the bands masterpiece, a dark, brooding psychedelic opus that makes equal use of wah-wah and fuzz guitars, that relies as heavily on the stomping feel of hard rock as it does the syncopation of funk; the bands last two albums, recorded after the band toured with Osibisa, make use of traditional Zambian rhythms and folk melodies and are the most afro-rockof Witchs oeuvre."