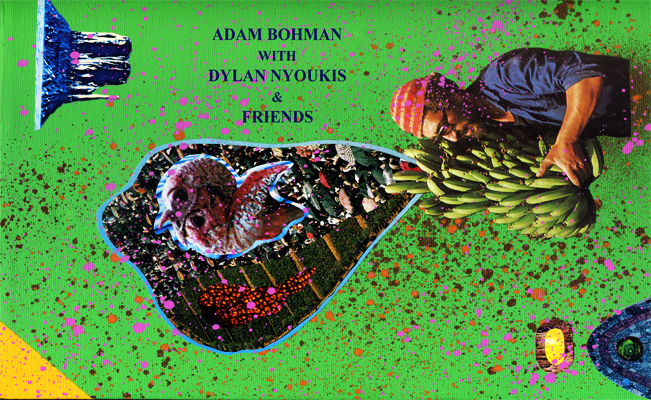 \r\n"Adam Bohman is a member of Morphogenesis and The London Improvisors Orchestra. He also regularly performs alongside his brother Jonathan under the guise The Bohman Brothers. Their sound art oscillates between states of the absurd and (sonically) grotesque to highly articulate explorations of extra-musical sound. Electroacoustic music and free-improvisation could be regarded as co-ordinates on the grid. However,unlike the hermeticism of electro-acoustic music or the purism of free-improvisation, the Bohmans freely quote from any source and arent afraid to show it. So you get Varesesian sound montage supporting spoken word material sourced from a pub menu, or frenetic juxtapositions between amplified shoe brushes and a frenzied tape cut-up of 17th Century instruments. The Bohman aesthetic can be a dense and tangled thing to unpick and describe. Various and nefarious sounds and artistic influences merge and collide.\r\nDylan Nyoukis work exists on the fringe of contemporary avant garde art and underground DIY insurrection." - David Keenan, Glasgow, June 2009