Bon Jovi gets poked in the eye on this bright green Venus-fly trap of a tape. Andrew Zuckerman (for he is the AURA) gives the intrepid listener enough clues to piece together a tasty collage of spiced-meat soundz. Bubbling electronics rub up rudely against Canadian stream-of-consciousness loops, found sound and beat damage forming a crunchy topping. Bite into it. Legalize it! The pace might be frantic but theres no loss of coherence buddy. Closer Gomers Frontispiece is a god- damn classy run through the churchyard at midnight. The silence is broken only by Owls snoring and the subtle clicking of their 360 degree heads. Give a hoot and slip AURA into your SOUL. -Goldsbury Debora.\r\n

\r\n"Ltd. to 55 hand-numbered copies and comes in a faux-leather antithesis of neo-Darwinism." - No Basement Is Deep Enough.
\r\n 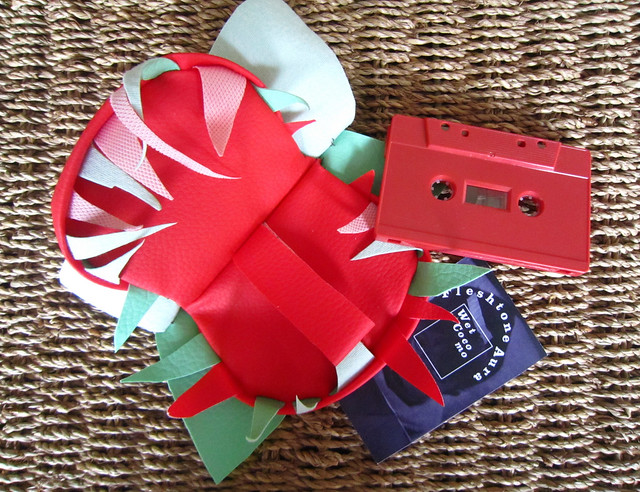