"A 320 pages book of Collages by DT in 320 different colors! These collages are all made with photos taken with analog photo cameras of different kinds, with the exception of 2 or 3 collages, this book is basically a selection of daily work, in a way published to get on with other stuff. It marks a specific period but also was used in a way to deal with changes and to document happenings at UE events, Stadslimiet and exhibitions (or the periods before, after or in between these facts). A visual report of recent times (2008-2014) made as an end result for the Toekomstmuziek residency at Het Bos and a little bit at Stadslimiet in Antwerp / Belgium. limited to way too many copies." - Ultra Eczema. 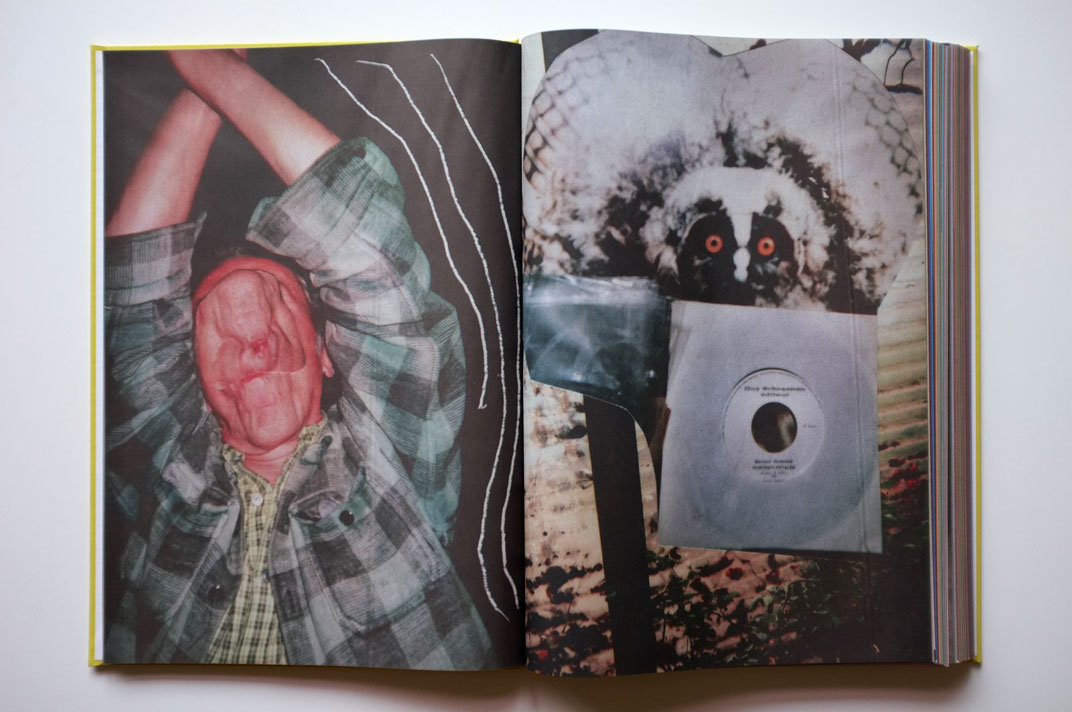