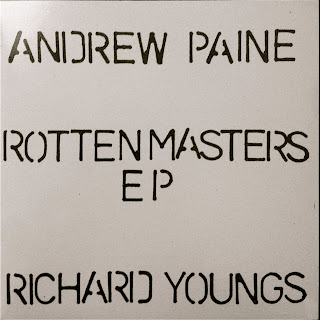 "We-¢‚Ǩ‚Ѣve got questions for this so-called progress.
We do not offer this to you for your excitement.
This is our attitude, another fine clearance.
No place for Masters, there are no benefits.
It-¢‚Ǩ‚Ѣs just an illusion to keep us in our places.-¢‚Ǩ¬ù - Paine & Youngs, June 2012. Edition of 250.